How to motivate and reward micro-influencers

How to reward micro-influencers is one of the most frequent questions we get here at CrewFire.

There are many ways to keep your army of brand champions engaged but they all fall into two categories – monetary (extrinsic) rewards and non-monetary (intrinsic) rewards.

Before we get into the specifics of the two, there’s a concept that I believe everyone managing micro-influencer campaigns should be aware of: the
. Wikipedia defines it as follows: the idea that extrinsic motivators such as monetary incentives or punishments can undermine intrinsic motivation.

Basically it means that if you pay someone to do something they love, they begin to lose their natural motivation. In other words, if you start paying a volunteer, it stops being fun and starts being work.


If you have people that are passionate about your brand, the events, or the lifestyle – then there are ways to motivate micro-influencers without using monetary incentives and to really channel their passion and intrinsic motivation.

Conversely, if you do start to pay them cash, they’ll inevitably start doing it for the money. Whether it’s a little or a lot, it’ll change their motivation and their behavior.

Sure there are exceptions and I definitely challenge you to test this stuff out with your own teams – but keep this concept in mind as you explore different ways to reward and motivate micro-influencers.

“A tribe is a group of people connected to one another, connected to a leader, and connected to an idea. For millions of years, human beings have been part of one tribe or another. A group needs only two things to be a tribe: a shared interest and a way to communicate.” - Seth Godin

Whether you focus on monetary or non-monetary rewards, we highly recommend that you spend some time and effort building a community (or tribe as Seth Godin calls it) around your team of micro-influencers.

Creating a sense of community (offline, online or both) around your team makes the whole thing more effective and fun. Another benefit of building a community is feedback. You’ll have your finger on the pulse of your team simply by participating in your own community. You’ll be able to get really clear picture about what’s working and what’s not.
With that, let’s talk about motivating your team with non-material, or intrinsic, rewards.

How to reward micro-influencers with intrinsic (non-material) rewards

Recognizing your most active micro-influencers by giving them a shoutout is one of the easiest ways to reward their loyalty. At the same time, it can be an extremely powerful way to incentivize people to share your content.

Daniel Wellington and GoPro are two companies that do this flawlessly. Daniel Wellington asks their fans to post pictures with their products on Instagram. They choose a winner daily, who is then featured as the “#DWPickoftheDay” on their account, which has almost 3 million followers. They always include a link to the fan’s instagram profile, which ends up receiving hundreds of new followers as a result.


This strategy doesn’t require a large social media following. You could, for example, simply give a shoutout to these micro-influencers in a newsletter that you send out to your entire team. This can additionally inspire your less active team-members to step up their game and get mentioned themselves.

Your micro-influencers are often also your biggest fans. As such, they’re particularly interested to hear announcements concerning new products, special deals, etc. Being part of an “inner circle” that is the first one to be informed of anything noteworthy can be a reward in itself.

If you’re willing to go a step further then you can create private Facebook groups, which only your active micro-influencers will have access to. This can also serve as a great community building tool.

One of the perks of being a
, a daily email newsletter service, calls their ambassadors - is early access to HQ internship and job opportunities. This is a win-win scenario, where the company gets applications from people already passionate about their product, while micro-influencers might get a chance to get their dream job.

If your micro-influencers are in large part teens and students then you can come up with creative ideas on how to offer them rewards such as reference letters. A simple example would be to come up with a limited time frame (e.g. 3 months) and then reward micro-influencers with a reference letter recognizing their social media and marketing skills.

Throwing exclusive events for your micro-influencers can achieve multiple goals at once. Meeting the people involved with the brand they love can be a strong motivator for some fans. It will be an opportunity for your micro-ambassadors to meet like-minded people and strengthen the sense of community.

An example of a brand successfully using this method is
, who regularly throw VIP tasting events for members of their program. Their ambassador program is widely regarded as one of the best out there and has been the focus of many case studies.

Throwing local events is not suited for all kinds of businesses though. If you’re an online brand with customers and fans scattered all over the world then it will be hard to organize a get-together.

How to reward micro-influencers with extrinsic (material) rewards

The easiest way to reward micro-influencers with material goods, which doesn’t require a complicated setup, is with discounted merchandise.
, for example, send discount codes to their ambassadors which they can use for on-site purchases.

You could use a software like
to track which of your micro-influencers have gotten the most shares and likes and offer them discount codes as rewards.

Rewarding micro-influencers with branded merchandise (or swag as many brands call it now) has the benefit of simultaneously advertising your brand. This is especially perfect for lifestyle brands, who people want to identify with. Here’s how Skimm puts it:

In today’s world of fast fashion and mass production, having something made just for you is a rare thing. Check out this custom reward that Maker’s Mark offers to members of its program:

They will literally put the name of their ambassadors on a whisky barrel. Then once the whisky has aged enough, you’re able to purchase a bottle from your own batch. I’m not a big drinker but just the idea of having my name on a barrel somewhere in Maker’s Mark distillery is almost enough for me to sign up for their program anyways. That’s how powerful customized rewards can be.

Rewarding people with money is tricky. As we mentioned before, if you start paying a volunteer, it stops being fun and starts being work. Many brands do use money as an incentive however - usually by offering an affiliate commission.

There are many ways to set up an affiliate program and rewards usually come either as a fixed dollar amount ($X per referred sale) or as a percentage of referred sales (%X of sales referred).

An example of a brand that uses this system with their ambassadors is Athos, a smart fitness apparel brand. Their ambassadors each get a unique discount code and they receive $50 per referred purchase.

It’s important that you reward the right people on your micro-influencer team. You want to reward the most effective members while also motivating the ones putting in the most effort. After all, you want them to stay motivated and continue to share your content and promote your brand. Identifying who these people are can be difficult since most of the time you’re not sure how often your content has been shared and how much engagement it has received. The option to track it manually is there but it takes a lot of time and the results will be very limited.

A much easier way is to use an app like
. Not only will you be able to see who shared your post and stats like number of shares, likes, comments, etc… but you’ll also have an automatic ranking board for all your influencers. You can reward the person who shared the most content in a month, the one who got the most shares, or simply give a shoutout to someone who just earned their first points by sharing content for the first time. The number of points earned by each action is customizable so your imagination is the limit.

Putting it all together

How you reward micro-influencers and whether you can keep them motivated to share your content can make or break your micro-influencer marketing campaigns. However, as long as you come up with the right rewards and are consistent, you’ll be reaping the benefits of your efforts in no time.

One final thing we recommend that you do: make it as easy as possible to share your content. Even great rewards could not be enough if sharing your content takes a long time and is complicated. By using an app like 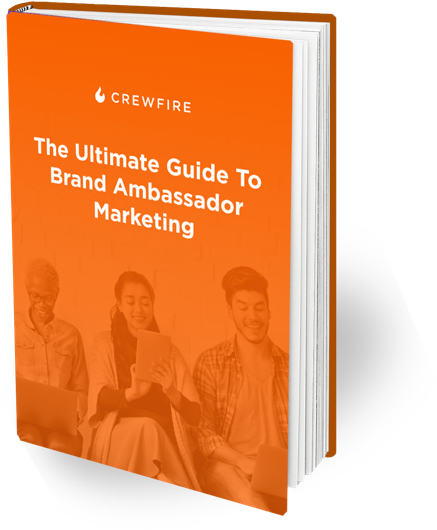